It was a long weekend and I did not have anything to do so I went with my friend, Pinky to visit her family in Bayombong. We met up with Pinky's elder sisters, ate Rose and ate Claire at the bus terminal at around 10:30 pm and boarded a bus bound to Cagayan. It was still dark when we arrived in Bayombong at 4 am. When we got to their house, their mom was already awake and offered us coffee. But we rested for awhile and slept in one of their rooms. I woke up at around 7 am and everyone seemed to be awake already. I was greeted by Momsie Maria and Pinky's sisters. I was also introduced to the other family members. They were all busy preparing food and fixing something in the house. I also helped a little to prepare food for lunch after having our morning coffee and breakfast. They said that we were going to have a boodle fight at the middle of the field. Pinky took me to their hut built a few meters away from their house and stationed in the middle of the field.

I asked Pinky if we could stay and sleep in the hut instead since nobody was there. Their house was also getting crowded because families were arriving for the party the next day. Then, we really had to move our things there, only we were told to use mosquito nets at night. I so loved the hut! It has a small kitchen and a big table for meals. There was a small garden of plants and vegetables on the other side. There was a view of the mountains and rice fields at the back. It will absolutely make you feel the provincial way of life.

When ate Clara finished preparing food for lunch, everything was set for our mini boodle fight in the middle of the field. I enjoyed eating lunch with Pinky's family.

After lunch, Momsie Maria had a lot of stories to tell and I became very fond of her! She's a woman of wit and smart humor. I did not notice the passing time through her non-stop tales.

In the afternoon, Pinky's brothers arrived with their families. They decided to go to the Capitol and we tagged along. The Capitol was a very peaceful community, from it I could see the beautiful mountain ranges from afar. We also visited a park with Vizcayanon Igorot houses. Afterwards, they had to gave away some invitations, so we went to several houses of their relatives.

That night, we had to sleep in a tent to give space to others. Actually, we really planned to stay in a tent, considering that there would be many people coming for the occasion. Ate Rose also stayed and dozed off to sleep with us in the tent but we did not expect it to be very cold! The next day, we had to do preparations for Momsie Maria's birthday party in the afternoon. I helped Pinky with the design and decorations. It was an outdoor party and the theme was all blue. Time passed quickly and the party already started. I did the photography job for the moment.

It was a happy 80th birthday party. I enjoyed the food, and was entertained by the people around me. Their relatives around town came too. It was a blast. At night, they had the karaoke and I also participated in the activity.

I guess everyone got tired after the party, lol. I got up a little late the next day. We planned to go to Imugan Falls in Sta. Fe. However, it rained the whole night and the weather became cloudy. We were told not to go because the trail to the falls might be very slippery and difficult to trek on. I really don't mind about the trail being slippery but we got lazy to go. We decided to stay and just relax in the hut since the karaoke was left there with us! I think we were able to sing all of the songs from the songbook, lol.  It rained again in the afternoon and in the evening Pinky and I went out to the plaza to get some food. We also passed through St. Dominic Cathedral, the 18th century baroque church of Bayombong.

I was so grateful to have spent a lovely weekend with the Labogs. That same night when we got back, we prepared and fixed our backpacks for our trip back to Manila.We left Bayombong the next day and we had to do a cutting trip. We went to Nueva Ecija and then boarded a bus to Manila. 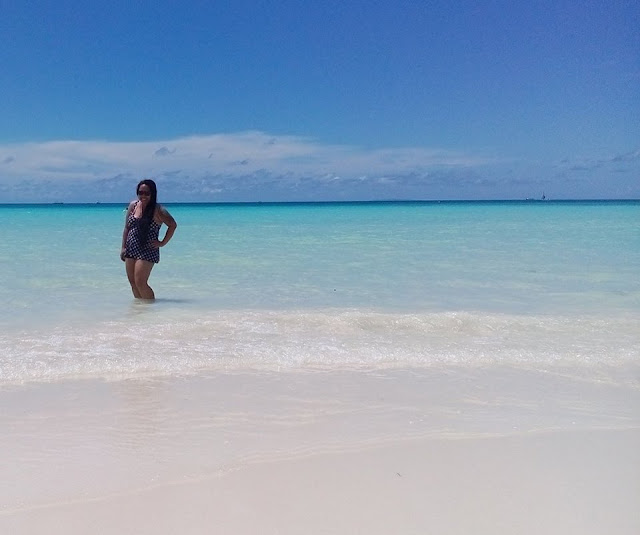