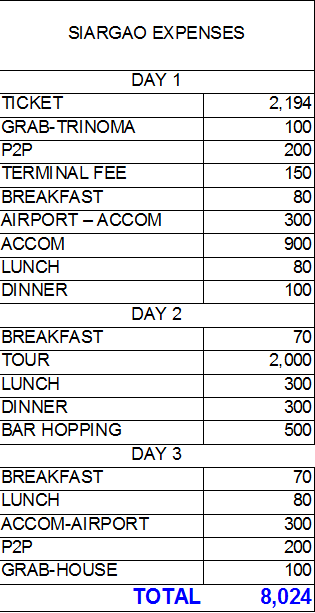 My serpent eagle hand-tapped tattoo was done by the living legend Apo Whang Od of Butbut tribe in Kalinga. They said that it means 'heavenly guidance and protection.' I thought that my tolerance for pain would have been tested again and I was awed that the tattoo was done only in 30 minutes.  The thorn tapped on my skin stung like enormous bees but it also felt great, lol.


I felt honored and favored by the universe to be tattooed by the last 'mambabatok' of her time. I would definitely try to go back and visit the village soon.

Friday - June 1, 2018
At around 5 o'clock in the morning, Liezah and I were already on our way to the bus terminal. We took a Grab since we were aiming to get there by 6, from Sta. Mesa, Manila to Mandaluyong then to Trinoma, Quezon City. We got there earlier and waited for a few more minutes before the bus finally left the station. Our airfare via Philippine Airlines PAL was booked months before and there were no direct flights from Metro Manila to Basco. Conveniently, there was a direct trip from Manila to Clark International Airport, Pampanga. The bus fare only costs 250 per person and the travel time is for 1.5 - 2 hours. Our friends, Anya and Joy were also on their way to the airport coming from Davao and Valenzuela. We arrived at the…

Staying in Buscalan is one of my favorite things I did in my entire life! I planned to go solo but then change is the only constant. I went there with a travel buddy, Manuel. We took the 9 pm bus trip from Coda Lines, Cubao, Manila to Bontoc, Mountain Province and tried very hard to sleep through the night. However, it was a long and winding road trip for 9 hours.


At around 7 am we were already in Bontoc and looked for the bus or jeepneys bound to Tinglayan, Kalinga. We walked to MPSPC (Mountain Province State Polytechnic College) and there was a bus waiting next to it, bound to Tabuk, loaded with many passengers. The bus conductor suggested us to be on top load but Manuel instantly hesitated and disagreed to do it. I got a little upset in my mind and very disappointed thinking of the time we'll be wasting to wait for the next trip at 2pm. While my companion was all cool and just decided to eat his breakfast at an eatery across the bus/jeepney stop, I was praying to have an alte…